Also in this section

In Australia, it is estimated that 60% of the population will be affected by a condition which has some genetic contribution. Current conservative estimates indicate that approximately 6-8% of Australians are affected by a rare disease, 80% of which are genetic in origin. The number of rare diseases identified is increasing every day, with the tally so far at more than 10,000. It is expected that all these statistics will continue to grow!

We live in an age where we are unlocking some if the secrets of our genetic code, beginning to understand that we have coded sequences that are sometimes optimal, sometimes not – because of the pre-programmed pattern we follow or because of an unexplained mutation or change which occurred inexplicably, just for us.  We are also beginning to explore the relationship between our environment and our genes in an already complex space.

Discovery can bring hope and possibility; understanding and knowledge; fear and despair. Lack of diagnosis can bring frustration and isolation.

The Genetic Support Network of Victoria (GSNV) was established in 1997 in response to a changing complex environment; in recognition of the importance of a broad consumer voice in genetic health; acknowledgement of a gap in existing support for many rare, undiagnosed and genetic conditions and to increase awareness of the challenges faced by people with genetic conditions and those who support them. 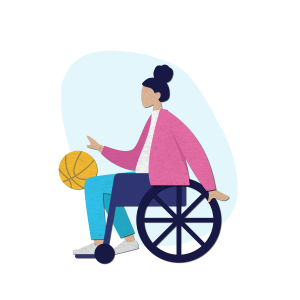 The GSNV is proudly supported by a grant made possible by the Department of Health and Human Services, Victoria. The GSNV thanks its financial members and acknowledges the kind donations.